In order to get more insight about how chocolate is made, I went to a chocolate making tour/workshop at ChocoSol Traders – a boutique, artisanal chocolate shop in Toronto.

Chocolate comes from cacao trees which produce pods that hang from the trees and contain cocao seeds. The seeds (also called beans) are separated from the pods, fermented and dried. 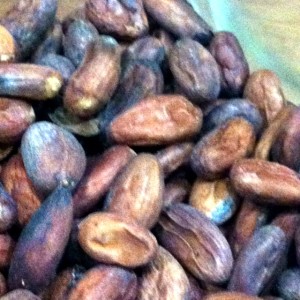 They are roasted, cracked and their outer shells are removed. What you are left with are cocoa nibs with are totally edible but also extremely bitter. They have the highest concentration of flavonoids at this point so if you really want to get your antioxidants, eat your heart out (you probably won’t be able to eat that many). 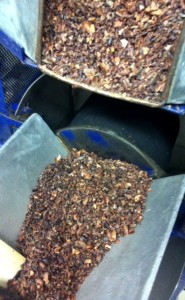 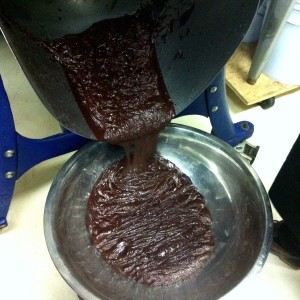 How is cocoa made?

To make cocoa, the chocolate liquor is put through a hydraulic press that separates it into cocoa (which is then dried and ground into powder) and cocoa butter (which is saved and used for making chocolate).

How is chocolate made?

To make chocolate, additional ingredients are added to the chocolate liquor such as cocoa butter, sugar and milk. The mixture (which is still quite grainy) gets smoothed out even more by being run through steel rollers and is mixed, mashed, swirled and aerated (a process known as ‘conching’). 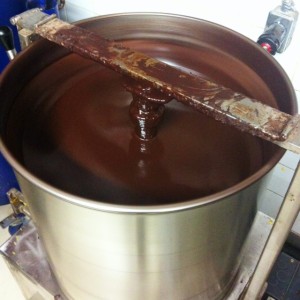 Once that’s done, the chocolate is tempered which involves controlling the temperature to control the crystal size that forms as it hardens. If chocolate isn’t tempered properly, it will have a dull appearance and won’t have that characteristic ‘snap’ when it’s broken. The melted chocolate is then poured into molds and cooled before being packaged. 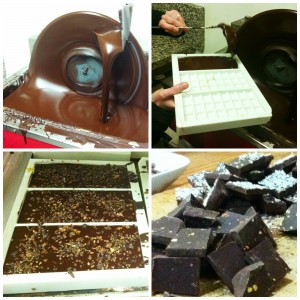 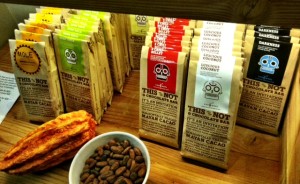 If you want to get the maximum benefit from the flavonoids/anti-oxidants that are in chocolate, the real deal are cocoa nibs or powdered cocoa. These can both be readily found in health food stores. However, I don’t know many people who would eat straight up cocoa beans or cocoa powder. In fact, some people find dark chocolate that is higher than 70% cocoa to be very bitter and quite unpalatable.

The research indicates that having a small amount of chocolate each day can help with cardiovascular health so in a way, it can be good for you. So take a small piece of dark chocolate, and enjoy it without the guilt.

How chocolate is made – from bean to bar

How it’s made – cocoa beans

Chocolate Tempering: How To Temper Chocolate

2 thoughts on “My visit to a chocolate factory – ChocoSol Traders”