Oven roasted pulled pork
This is the most authentic method way of preparing pulled pork other than using a barbecue or smoker. It involves rubbing the pork roast with a dry rub before roasting it in the oven for several hours. 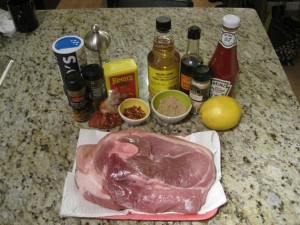 Thoughts:
This method, which required making the spice rub and bbq sauce from scratch as well as prepping the roast and cooking it in the oven for several hours, is the most intensive. The dry rub and homemade barbecue sauce better be worth it!

Directions:
Place the pork tenderloin in a slow cooker; pour the root beer over the meat. Cover and cook on low until well cooked and the pork shreds easily, 6 to 7 hours. Note: the actual length of time may vary according to individual slow cooker. Drain well. Stir in barbecue sauce. Serve over hamburger buns.

Thoughts:
I love the simplicity of this method. It’s so much easier than the oven, dry rub, homemade barbecue sauce method. Why go through the trouble of making barbecue sauce from scratch when there are so many great varieties available in the market place and it saves you so much time? I am secretly hoping that this recipe comes out on top because it takes very little effort overall.

President’s Choice Slow and Low Pulled Pork ($6.99/box)
The method for preparing this was easy enough: Cut the plastic bags that the pulled pork is in and microwave (yes, microwave) the pulled pork for 2.5 minutes. Or you can do the stove top method by placing the pulled pork in a pot and cook it over medium-low heat for 15 minutes. This product comes with the pulled pork already sauced so you don’t have to worry about adding barbecue sauce.

I used to think this was a great product with good flavour but it will be interesting to see if I still feel the same way after I try the other methods. 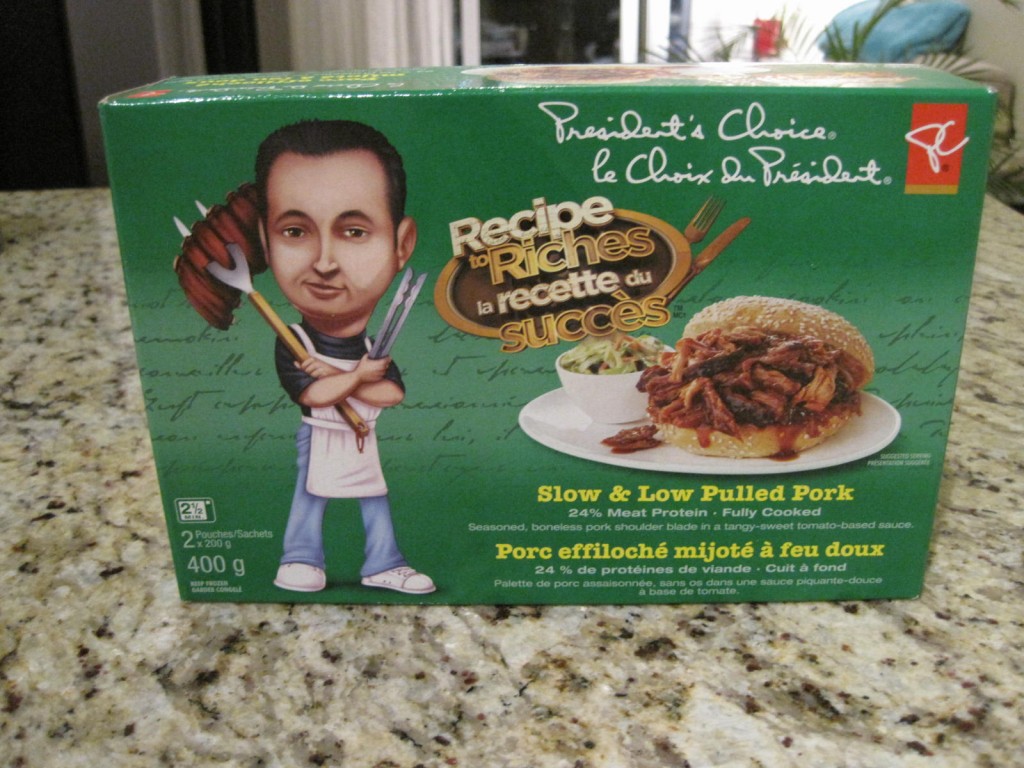 Results:
The oven roasting method using the pork shoulder definitely yielded the best results. The flavour of the pulled pork was amazing and the texture wasn’t grainy or spongy like the pork that was cooked in the slow cooker (probably because the tenderloin is a much leaner cut). However, the recipe we used for the barbecue sauce was South Carolina style which is very vinegary and nothing like the tomato-based barbecue sauce that we were used to. At first we were quite shocked by how sour it tasted but later realized it was because it’s South Carolina style. I’ll have to remember to make a trip out there for their pulled pork. I’ve heard that barbecue is a big deal in South Carolina.

The slow cooker recipe still yielded a tasty pulled pork. Although the texture of the pulled pork was a little grainy and spongy compared to the oven roast method, the barbecue sauce was consistent with what I was expecting (since it was a store bought variety I had bought before). I would choose this method because it’s ALOT more convenient not to mention that it’s quite a bit healthier (pork shoulder has a much high fat content so you are saving a significant amount on both calories and fat by using the tenderloin). However, pork tenderloin is an expensive cut of meat to buy which makes the recipe that used the slow cooker more expensive than the oven roast method. However, it works for me because I tend to buy pork tenderloin when it goes on sale and it’s also a much smaller cut so I’m not stuck eating pulled pork for weeks (although it freezes well). 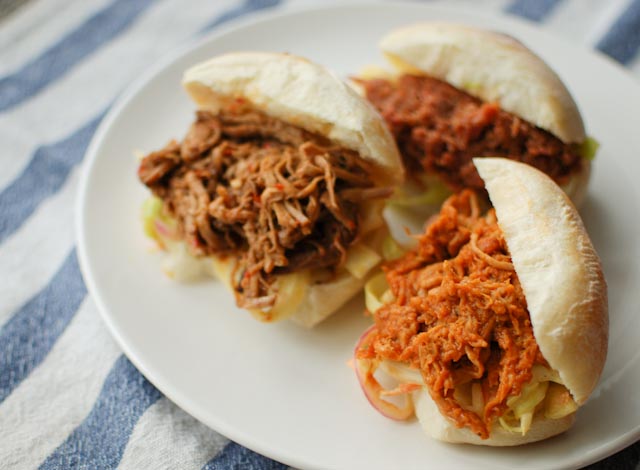 The  ‘heat up from frozen’ President’s Choice Slow and Low Pulled Pork was the easiest and fastest method but I now realize why people were so appalled by the way it looked. It really does look like dog food! Now that I know what real pulled pork looks like, I understand why people were embarrassed to serve it to guests. Although the flavour tastes fine, I don’t think I would pay $6.99 to keep frozen pulled pork around. Instead buy a shoulder roast or tenderloin and a bottle of your favourite barbecue sauce and cook it in the slow cooker. You’ll have more than twice as much for the same amount of money plus you can save whatever is left over in the freezer and have your very own, ready to go pulled pork that looks and tastes significantly better than the frozen stuff you can buy at the grocery store.

Prior to this taste test I was totally intimidated to make pulled pork. It is such a trendy food these days that I thought it was difficult to make. Not true! It’s actually very easy to make but just takes some time (but it’s nothing that a slow cooker can’t handle).