There has been a lot of talk about the Beyond Burger lately. It’s a plant-based protein that has been designed to look, feel and taste very similar to beef.

I am not a big fan of vegetarian burgers but after seeing the Beyond Burger at A&W, Tim Horton’s, in grocery stores (and on advertisements on television) I was intrigued. I have never seen a vegetarian patty that has infiltrated the market to the level that this product has.

What is Beyond Meat?

The Beyond Burger is a vegan burger patty that is made of pea, rice and mung bean protein. There are several other ingredients like coconut oil and beet extract to mimic the look, taste and texture of beef. As a result, it cooks and tastes very similar to beef! 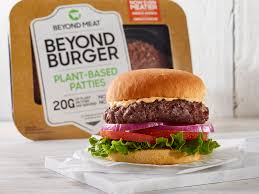 The first time I had a Beyond Burger was at a restaurant. The reason why I tried it was out of pure novelty. My first impression – tasty! In fact, if you had given me that burger without telling me it was a Beyond Burger I might not have realized that it wasn’t beef. That’s how close it was to taste and texture.

Since that experience, I also tried the Beyond Burger at A&W, Tim Horton’s and White Spot (in Vancouver). I made it at home (you can buy the hamburger patties at most grocery stores – next to the beef section). I have to admit that when I tried the patty on its own I could taste a bit of a sour aftertaste (like rancid oil) but when it’s in a burger with all the other toppings I can’t really taste it unless I’m paying very close attention.

Is Beyond Meat healthy?

In terms of whether the Beyond Burger is healthy – it’s debatable. When compared to a regular beef patty, Beyond Meat is lower in total fat, saturated fat and cholesterol but higher in sodium. 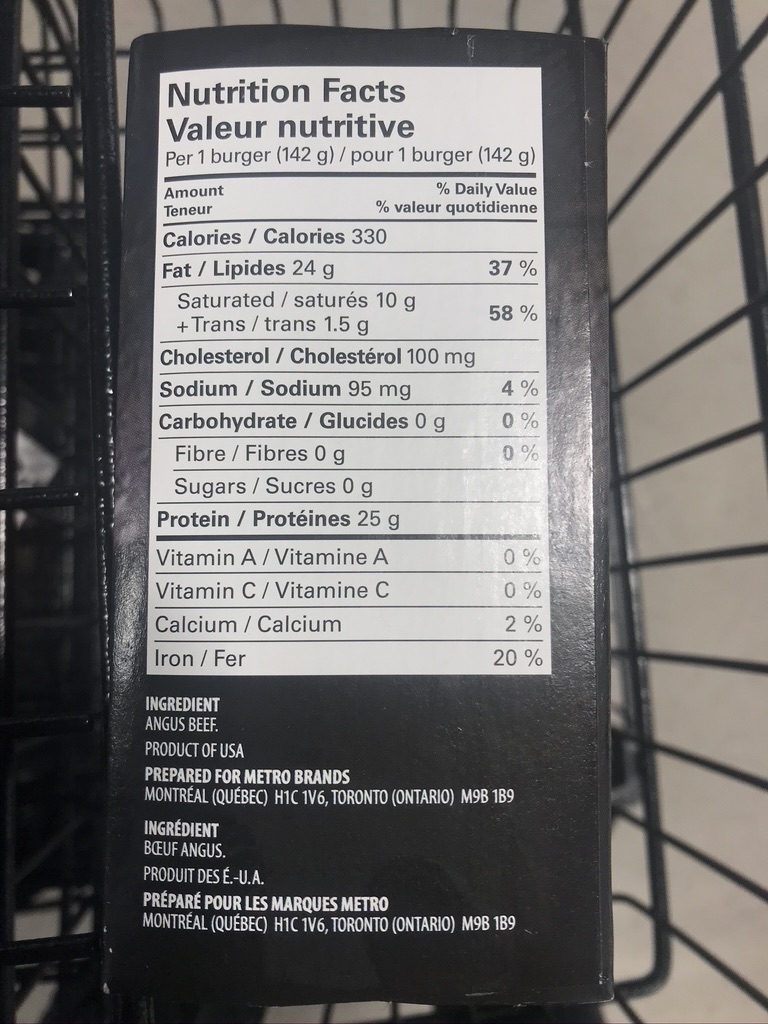 However, if you look at the ingredient list it’s alot more processed. 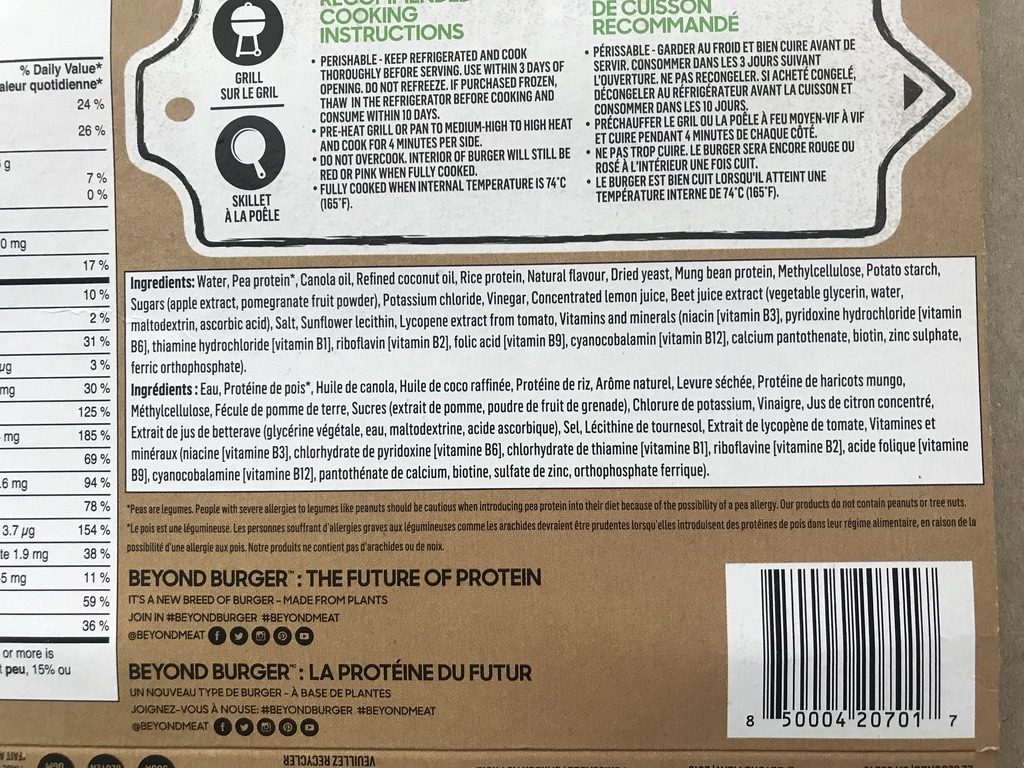 That is a l-o-n-g list of ingredients when you compare it to a regular beef patty which is just made of ground beef.

You could argue that Beyond Meat is healthier than a regular beef patty but it’s still not as healthy as a chicken burger, fish burger, bean burger or soy burger. I do think there is a place for it for people who want to eat more vegetarian meals but I wouldn’t call the Beyond Burger a ‘healthy choice’. Once you’ve put the burger together with all the fixings (a white bun with condiments, fries and a soda) they pretty much net out the same nutrition wise. Burgers are a fun, not-so-healthy food that should be enjoyed in moderation – regardless of what the patty is made of.

Is Beyond Meat just a novelty?

This could be a trend that stays for several years or it can be a new protein that ends up being a mainstay (think of the tofu, tempeh and textured vegetable protein (TVP) options that are now available at grocery stores).

McDonalds is currently testing the Beyond Burger in certain cities in Ontario and if successful could launch the Beyond Burger worldwide. Kentucky Fried Chicken also tested out a plant-based fried chicken and might roll it out through all their restaurants depending on the response.

If that happens, it could have a huge impact on the industry.

How much does Beyond Meat cost compared to regular beef?

Beyond Meat is more expensive (nearly double) $3.99/patty versus $2.19/patty when you buy it in the grocery store. However, when you order it at the restaurant the price of the Beyond Burger is comparable to other burgers that are on the menu.

Other thoughts about Beyond Meat:

Beyond Meat has other products in their line up including plant-based ground, sausages and beef crumbles.

Turns out they also have competition with a company called Lightlife that also makes vegetarian options from plant-based protein.

With the new Canada’s Food Guide encouraging more plant-based protein the timing could not be better for these products. It will be interesting to see how things evolve over time.

Beyond Meat has definitely made plant-based eating more accessible. I think it’s a great gateway to help people introduce more vegetarian options to their diets. And most importantly – it tastes good!