Buying noodles at an Asian grocery store can be overwhelming – there are so many different types! While my friend swears by a certain brand of wheat noodle, I usually just buy whatever is on sale.

What kind of Asian noodles are there? What are the main differences?

Asian wheat noodles are all made from wheat, water and  salt. The main difference is the width (skinny, medium or broad) and the texture. Some have a nice chewy texture once cooked (this is what you want). Many Asian countries produce them including China, Japan, Korea and Taiwan.

My friends and I decided to do an Asian wheat noodle taste test where we compared various brands to see if we could notice any difference. We selected noodles of different widths (skinny, medium and broad) and from different countries (China, Japan, Korea and Taiwan) and evaluated them based on taste, texture and price.

Here are the noodles we tried:

There was a big difference in texture between the skinny width noodles we tried. The Kuan Miao brand (Taiwan) had a chewier and firmer texture compared to the Chunsi brand (China) which tasted flat and limp. Kuan Miao brand noodles (Taiwan) are definitely worth the extra cost.

There weren’t any noticeable differences (taste or texture wise) between the broad width noodles that we tried.

What about fresh noodles?

We did throw in some fresh noodles just for fun. The fresh noodles had a chewy texture, slightly sweet flavour and great aroma. These were also a favourite.

Which Asian wheat noodles were the best?

Overall, the fresh noodles by Wan (Korea) were the favourite as were the dry skinny noodles by Kuan Miao (Taiwan). We liked them the most because they had the chewiest texture.

The noodles from China (Chunsi and Jin mai lang) were the least preferred as they tasted flat and limp. The other brands (from Taiwan and Japan) fell somewhere in between. We would not recommend the Japanese brand (Tokushin) if you are watching your sodium intake.

Broad noodles are best suited in broth (because they aren’t that chewy) whereas the noodles with more structure are better suited in cold dishes where they would be mixed with sauce.

All the noodles had a similar ingredient list but with varying levels of sodium. The Japanese brand was the saltiest and had the most sodium per serving (1320 mg/100 g). The fresh noodles had the least amount of sodium (150 mg/100g).

The fresh noodles ended up being the best choice from a taste, texture and sodium standpoint. But the Kuan Miao dried noodles from Taiwan were also a great choice.

Don’t choose the Japanese brand Tokushin if you are concerned with your salt intake and avoid the Chinese brands Chunsi and Jin mai lang. 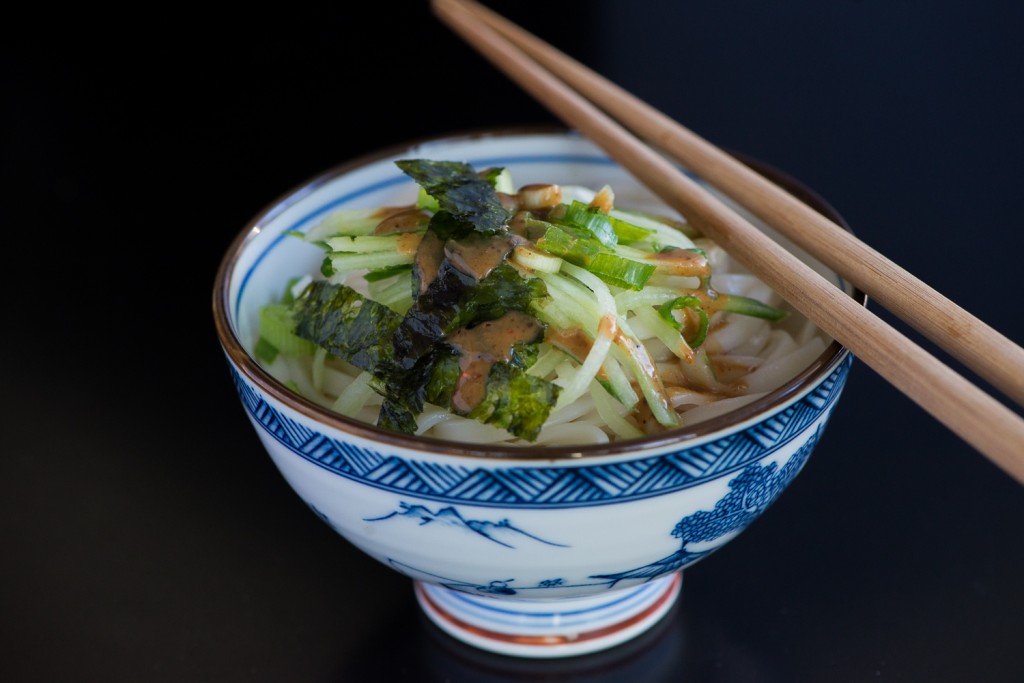