One of the things that I’m starting to notice are farmer’s markets that are open in the afternoon (from 3:30-7pm). What a great option to be able to visit a farmer’s market on the way home from work.

An example of such a market is the John Street Farmers’ Market. It’s a market that I haven’t been to before. It’s located behind the Ontario College of Art and Design (OCAD) and rests along the St. George the Martyr Anglican Church. 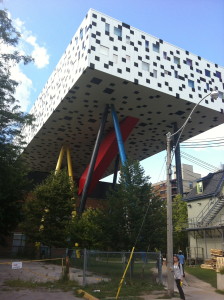 It consists of just six stalls which sell bread, cheese, maple syrup, vegan dishes as well as two vegetable stands. This definitely is a sleepy market but all I needed was one stall to sell Ontario heirloom cherry tomatoes. And guess what? I found it! One of the stalls had three small baskets when I arrive so I swooped one up. Good thing I got there early. If I had gotten there any later, chances are scarce there would have been any left. 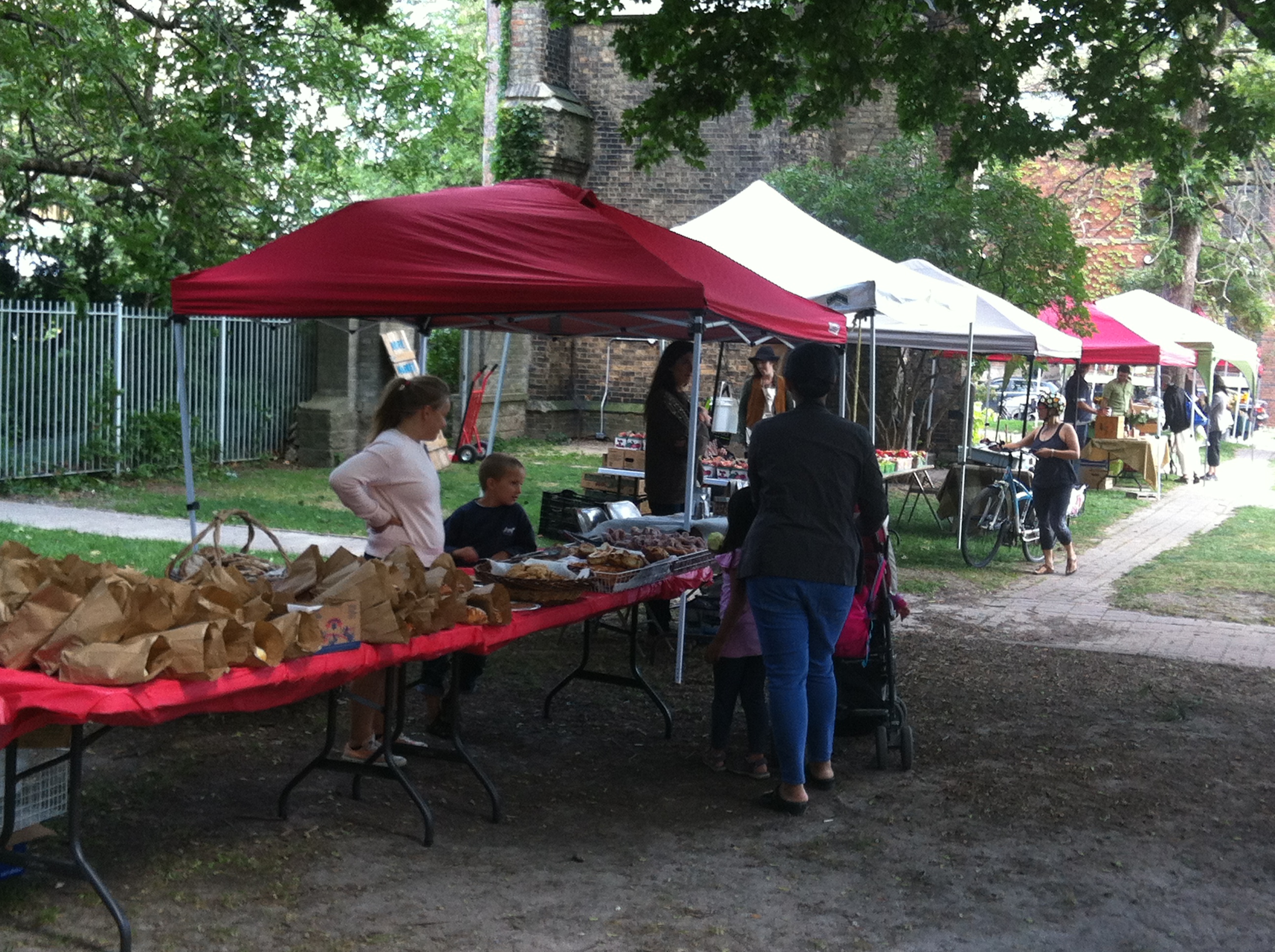