The event was hosted by Gloria Tsang, Vancouver-based dietitian, founder of HealthCastle.com and author of Go UnDiet and chef Christine Farkas from Canadian Lentils. The event started with a 1 hour demonstration where chef Christine showed us the following three recipes that incorporated lentils: 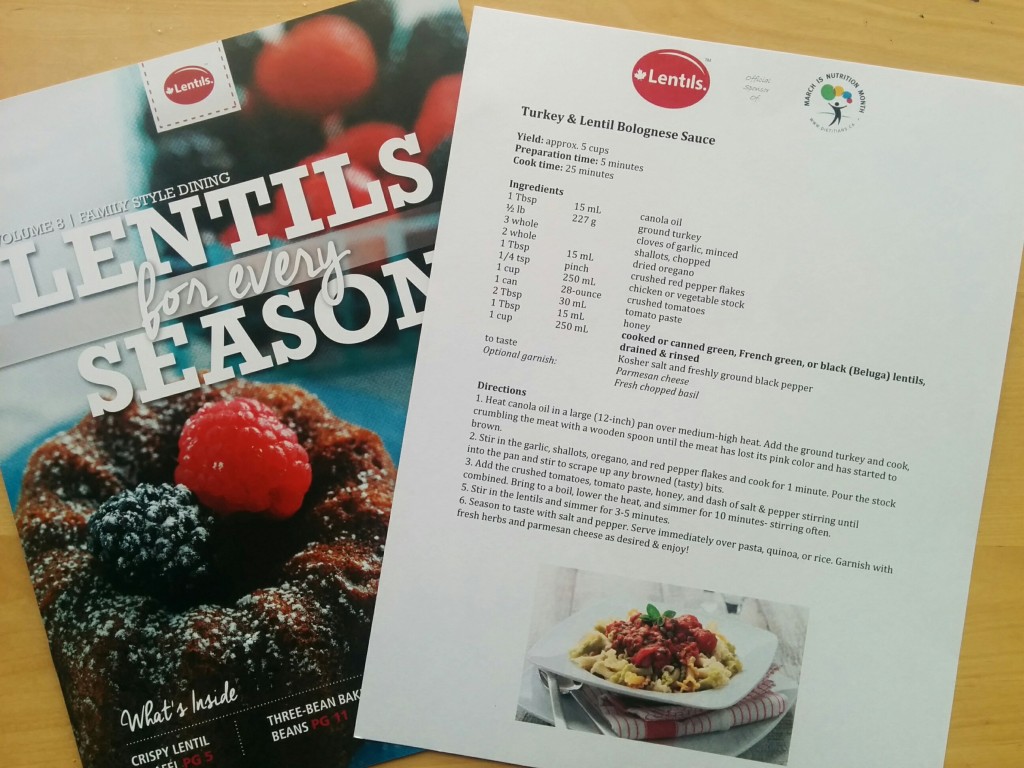 Who would have thought to add lentils to these kinds of recipes? After the demo, we all formed teams and rotated to the different stations to make the recipes ourselves.

I love attending this event each year because it exposes me to different ways to cook with lentils and makes me think out of the box. When I think of “cooking with lentils” I automatically think of curries and lentil soup (as well as other Indian and ethnic recipes that I would most likely never attempt). But this event showed me how to incorporate lentils into recipes that I’m already familiar with (such as spaghetti sauce and frittatas) which makes it a whole lot easier.

I have always wanted to try to cook more with lentils (they are more economical and leaner protein source than meat and are a great way to add bulk, fibre and protein) and now I have several ideas in mind including lentil chili, hummus and lasagna.

I also enjoy the event because it’s always great to see my fellow foodie dietitian colleagues (it’s too rare that we see each other).

All in all I had a wonderful time. Gloria Tsang and chef Christine did a great job of leading the event and I took away some valuable tips and insight when it comes to cooking with lentils.

Here are some ideas to help you cook with lentils:

A large collection of recipes using lentils can be found on the Canadian Lentils website.

What about you? What ways do you think you can incorporate lentils into your favourite recipes?