My Nordstrom Friends and Family Cookbook has a recipe for homemade barbecue sauce. I have to admit that I was intrigued by the description. It says ‘I’m going to do a little boasting here. I’ve spent a lot of time around grills, and I have yet to find a sauce, prepared or homemade, that beats this one”. Well, those are big words! And ever since making pulled pork with Southern style barbecue sauce (which is apple cider vinegar base) I’ve been meaning to try making a smoky, thick, tomato based barbecue sauce. 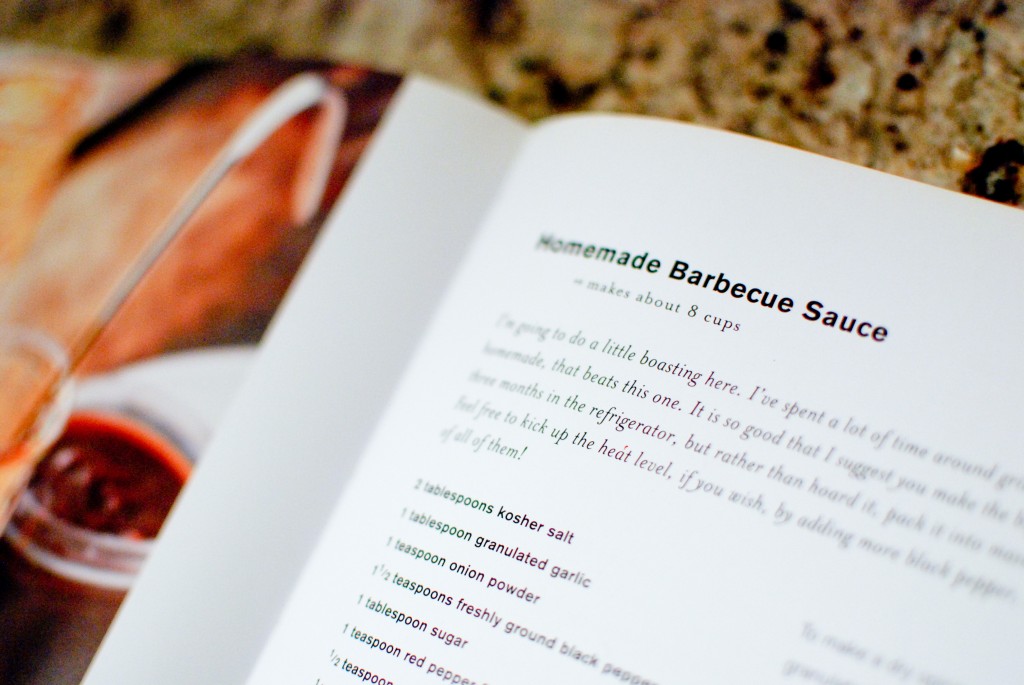 I decided to make the barbecue sauce and measure it up against two other store bought brands (Irresistibles and Bull’s Eye). I won’t lie, making homemade barbecue sauce is a bit of a process compared to simply buying a jar of commercial barbecue sauce. The recipe calls for a lot of spices as well as a fair amount of corn syrup, molasses and liquid smoke. You won’t save a lot of money by making your own sauce (it cost about the same, especially if you buy it on sale) but the good thing about barbecue sauce is that you can make a batch and it keeps for 3 months in the fridge.

Is it worth buying a whole bunch of ingredients instead of picking up a bottled brand from the grocery store? I organized a taste test to decide. But to be honest, I’m just proud that I made homemade barbecue sauce from scratch.
Each taste tested tried the different barbecue sauces and commented on taste, appearance and flavour. They each voted for the one they liked the most and explained why. Here are the barbecue sauces they tasted:
A: Irresitables
B: Bull’s Eye
C: Homemade
D: McDonalds (I had one group try this one because I happened to have some on hand).

Overall, the store bought stuff tastes just as good (if not better than homemade) and costs pretty much the same (when you buy it on sale for $3-4/500 mL jar). Making barbecue sauce from scratch really pays off if you have a top notch secret recipe (sorry Nordstrom’s cookbook – better luck next time) or need very large quantities (think restaurant scale).

But for the home cook, you aren’t missing out on anything by going out and buying a jar of your favourite barbecue sauce.  You won’t be stuck with a large vat of sauce that you need to use up and you can switch up the flavour depending on whether you feel like smoky, spicy, chicken, beef or ribs. However, if you have always wanted to try making barbecue sauce from scratch, here is the recipe I used.

7 thoughts on “The barbecue sauce cook off”